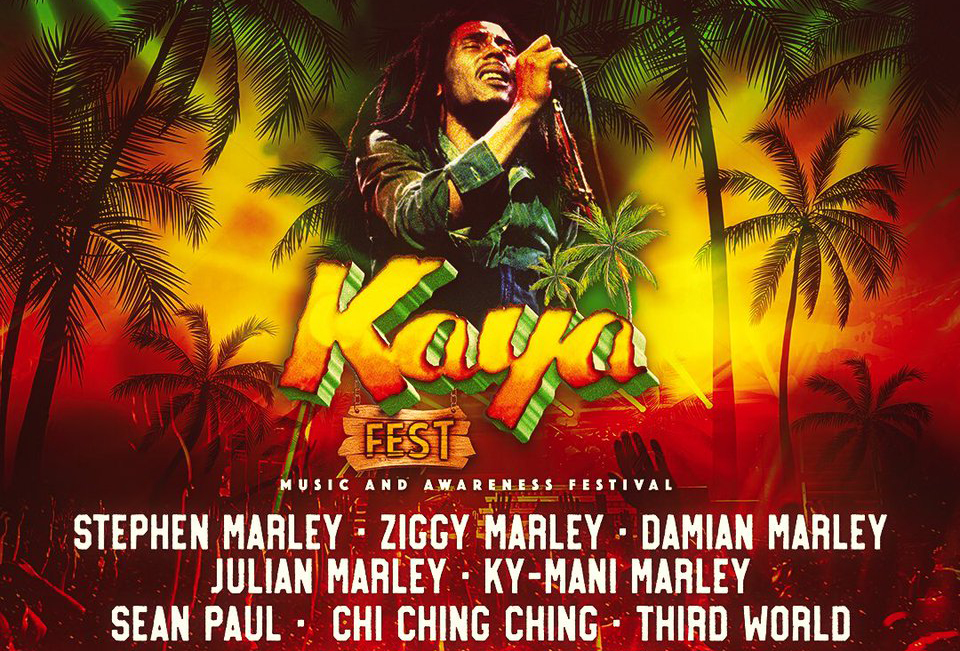 It was a sunny, 80 plus degree afternoon in Miami at the third annual Kaya Fest – a festival curated by Stephen Marley to celebrate the legacy of his father, Bob. The festival brought together numerous reggae artists over the course of the day and well into the night as not only entertainment, but also to provide cannabis education.

My husband and I arrived at Kaya Fest around 2:30pm as Third World took to the stage. Being from Bermuda, I’m used to events not starting on time or being delayed. But not Kaya Fest. There was a schedule and it was stuck to. The strictly enforced schedule meant I missed dancehall wonderkid Koffee, ugh.

But never the less, Kaya Fest delivered on all its promises. It was held at Bayfront Park, Miami on Saturday – 4/20 and featured the best in reggae talent both veteran and up and coming. While I have seen a number of the artists perform, I was most excited to see Sean Paul, an artist I’ve loved since I was a teenager but never had the priviledge of seeing live.

But let’s start from the beginning. We entered through the VIP entrance and were escorted over to a separate area for those with VIP passes. There were dedicated bars, a viewing platform and ample elevated seating to enjoy the day. As I mentioned, Third World was on stage when we arrived and performed many of their hits and a new single.

One of my top five artists Kes the Band was on next. They were the lone soca band in a mainly reggae line up and performed an excellent set, per usual. I’ve seen Kes perform many times and every single time I’m energized. But this time seemed different. Maybe because it was day time or maybe because I wasn’t in Bermuda, but I enjoyed the performance so much more than normal, especially when Kes sang Savannah Grass, my current fave.

Protégé followed with a more conscious reggae type set, which my husband thoroughly enjoyed. I’m not a big fan so I chose this time to rest and get ready for the remaining artists. But now the sun was blazing so staying in the shade to recover was more appealing to me.

Up next – Dutty Paul. Now I wish I could sit here and write that he was the most amazing artist ever, but he was not. Sean Paul performed quite a few of his hits but let’s be real, his music in the last few years has not been great. I’m not a fan of the reggae pop fusion and I feel as though he should’ve read the mainly Caribbean crowd and stuck to his dancehall roots. That being said, the set elevated when he brought out newcomer Chi Ching Ching who infused dancehall into the set. It was a great moment.

Next up was the king of afro beats Davido who performed a few of his hits including “If”. I don’t know much of his music, so I really couldn’t vibe with him. Busta Rhymes, another artist I’ve never seen live followed and brought a ton of energy into the place. He definitely still has it and was able to perform his ridiculously fast rhymes like he wrote them yesterday.

One of the highlights for sure was the surprise guest – DJ Khaled. I mean, we were in Miami so I wasn’t surprised that he came out, but it was still welcomed. He gave a tribute to Nipsey Hussle and had the crowd hyped during his whole set.

Walshy Fire, one of the best in the game killed it during his set before the Marley family came to the stage. He has the crowd turnt with old school reggae, new dancehall and even some hip hop. Walshy Fire always mashes up di dance.

Finally, it was time to see The Marley Family. The brothers – Ziggy, Stephen, Julian, Kymani and Damien performed songs from their father’s extensive catalogue, opening with Natural Mystic. They also performed a few of their own songs.

I’ve seen Ziggy, Stephen and Damien perform all separately, so it was such a beautiful moment to see all of them on stage truly celebrating their father’s legacy. The best moment for me was Damien performing “Is This Love”, which is what I walked down the aisle to at my wedding. It happens to be my favourite Bob Marley song.
The third generation of the Marley’s – Mystic, Yohan and Skip Marley also performed. The first two are children of Stephen Marley and Skip is the son of Cedella Marley. The talent has definitely been passed on to them. Also featured was Shacia Payne in an amazing dancehall set called Constance Bubble. She’s also Stephen Marley’s daughter.

Kaya Fest was an incredible experience unlike anything I’ve ever had. I’ll be sure to be back next year, hopefully with press credentials.